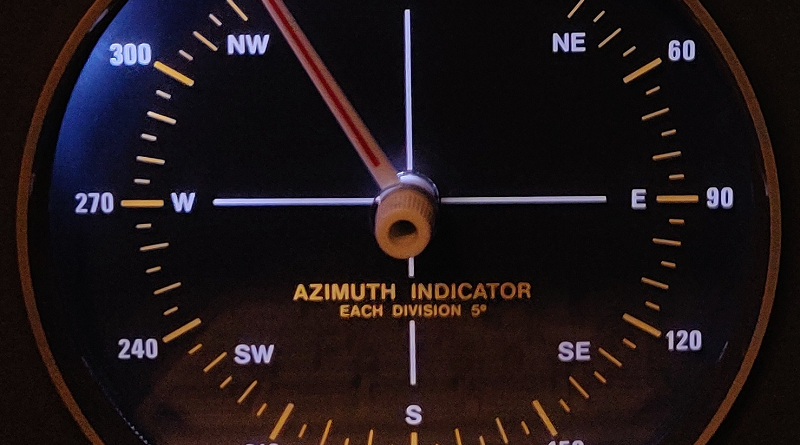 When the light bulb in your Yaesu rotator controller burns out, you may have a hard time finding a replacement bulb. This happened to me recently with an old G-450XL controller. Rather than hunting for a replacement bulb, I decided to use what I already had on hand: LED’s. The controller supplies a little over 10V to the bulb, which is sufficient for two or three LED’s. Two white LED’s with a 180 ohm resistor in series provides plenty of light for the dial. Why white LED’s you wonder? Well, the rotator dial contains white lettering and orange degree markers. I always thought it rather an odd choice to use an orange light bulb with white lettering, because it will show as orange anyway.

As you can see from the G-1000 and the G-450 dial images, the orange bulb makes the white lettering and markings orange and gives a bit of a washed out look on the G-1000. The white LED’s on the G-450 make the white lettering and markings stand out, and the dial looks a lot crisper. The red marking on the pointer also virtually disappears with the orange bulb, while the white LED’s make the red marking stand out much better.

It’s easy to replace the bulb with LED’s. Just clip or desolder the bulb from the solder tabs on the dial plate and solder the two white LED’s and the resistor all in series to the tabs.

Make sure you don’t mount the LED’s against the gray background or else you will get light smearing across the dial plate. Also don’t mount them too close to the plastic dial plate because that will result in a bright blob of light near the LED’s.

Of course you don’t have to wait until the bulb goes bad to replace it with LED’s. In fact I’m contemplating doing the same with the G-1000DXA controllers I have. Once the bulb has been replaced you should be set for the life of the controller.